The harsh reality is that trading is not easy. With that in mind, you as a trader must know exactly what you're doing if you want to stick around in the game for the long term.

Worried that you may not have what it takes to be a long-term trader? Well, I was once a beginner trader too, and here are the crucial forex trading lessons I've learned after 10 years of failure!

Overbought and oversold levels are not reliable in the long term

The first trading lesson I learned was that overbought and oversold levels are not always reliable in the long term. Don't make the same mistake I made, believing that I could rely on these indicators 100% of the time, especially for the long-term. 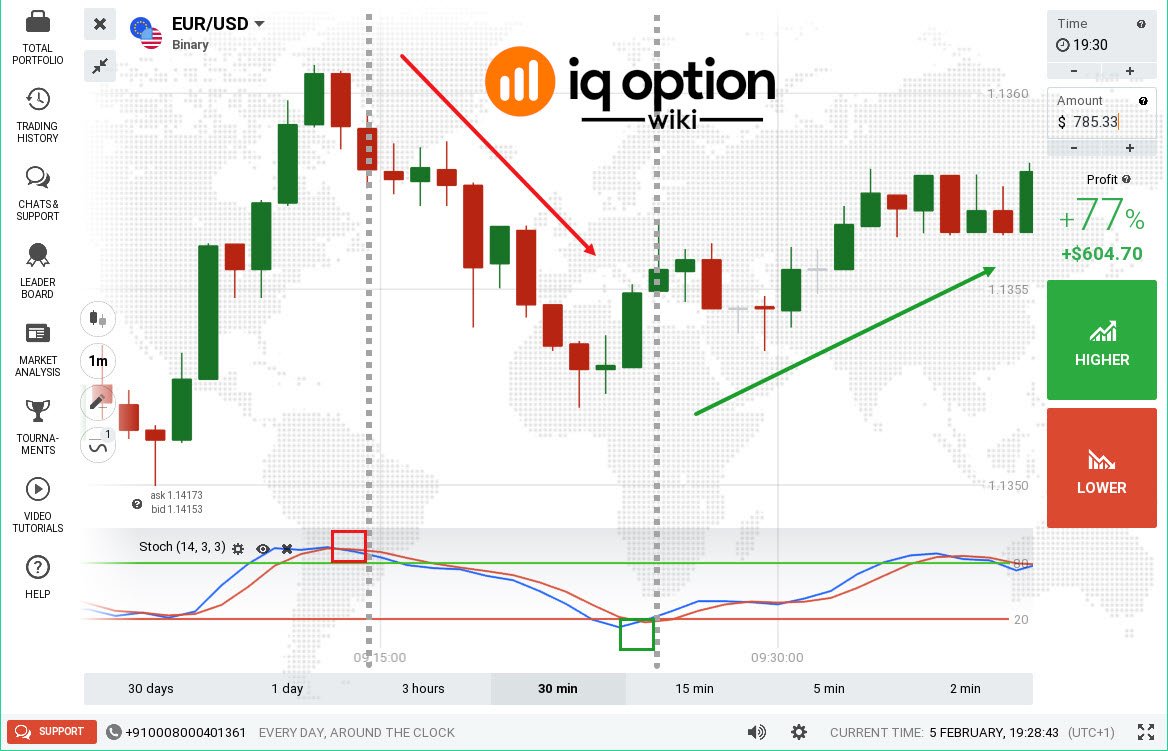 When I started trading, I took the advice I read in different books about the overbought and oversold levels. And you know what? The majority of the books taught me that if a market reaches overbought levels, that means there are too many new buyers on the market. Thus, prices should go lower. Conversely, if a market reaches oversold levels, that means that there are too many sellers on the market, which leads to an increase in price.

This seems simple enough to understand, doesn't it? The thing is, as a beginner trader, I didn't realize that it wasn't as simple as that, after all. I lost a lot of money due to the fact that I didn't realize immediately that just because a market is overbought or oversold does not mean that the prices will immediately reverse in the opposite direction.

Just take a look at the chart above, where the prices didn't immediately reverse. And still, many traders believe that as soon as the RSI or the stochastic indicator hits or exceeds values of 70 or 30 they should enter in the opposite direction.

This is simply the wrong approach. There are times where the market remains in the overbought or oversold areas for days weeks or even months. During this time, they can continue to go higher or lower. What happens if you enter a position assuming that the trend will reverse, and it doesn't? You lose, obviously.

Remember, for every valid overbought or oversold signal offered by these indicators, there are 10 other false signals that you should be wary of. After years and years of that, I learned that chasing overbought and oversold levels is simply not profitable.  I've personally stopped watching these levels a long time ago and I'm much happier with my current strategies.

200 DMA is the only moving average needed on charts

Let me ask you if this sounds familiar. You plot 5 or 6 indicators on your chart. After a bad week, you remove those indicators and see what happens next. You then replace them with new indicators. If they turn out badly again, you repeat the cycle once more the next week. Eventually, it becomes an endless cycle of trying different indicators all at once.

One of the crucial forex trading lessons I've learned is that the 200 DMA was the only moving average I needed on my charts. In fact, once I started focusing on it alone, my trading improved a whole lot.

It turned out that the 200 DMA is very effective during trending periods. I learned that it's an important tool for identifying trends, establishing potential areas of dynamic support or resistance, and accurately speculating good entry points on the market.

Why is the 200 DMA so reliable in technical analysis? Well, many believe that institutions like banks or hedge funds actually use this indicator for trading. And I can personally say that if we take a look at this EMEA on any currency pair, commodity, or even cryptocurrency, we can immediately see its value.

Another lesson I learned was that trading more sessions won't accurately predict how you will actually perform when trading with real money. There isn't a simple and obvious way to tell how good you are at trading without looking at how much you're actually earning. Even if you win a lot of trades, if you lose even more trades, then you're still at a loss.

In line with this, I also learned to be more careful about my trades on the demo account. Before, I thought that just because I wasn't losing any real money, I could just trade as carelessly as I wanted. But it turned out that I wasn't learning that way.

When you're trading on a demo account, you tend to take more risks. You tend to care less. So you make more trades. Maybe you win more, but you don't realize that you're also losing more.

However, when you're trading on a real account, you're actually risking real money. There is psychological pressure for you to win because it's real money we're talking about.

My suggestion would be to not focus on the demo account too much, and not to be too careless with it. Once you can already do your chosen strategy flawlessly and can already manage the capital you have in your demo account, you should start trading on the real account with real money.

Don't trade big money though! Start small. 1-dollar trades are good enough for beginners. After all, you can always work your way up from there.

Losing money is in fact a good thing

Trading may not be easy, but you should always treat it as a learning experience, no matter what happens. Think about it this way: if you win, you gain more money. But if you lose, you may lose some money, but you do gain more experience.

Losing isn't fun, but it's very important for a trader's development. Through losing, you learn about so many things that you may not be aware of before. 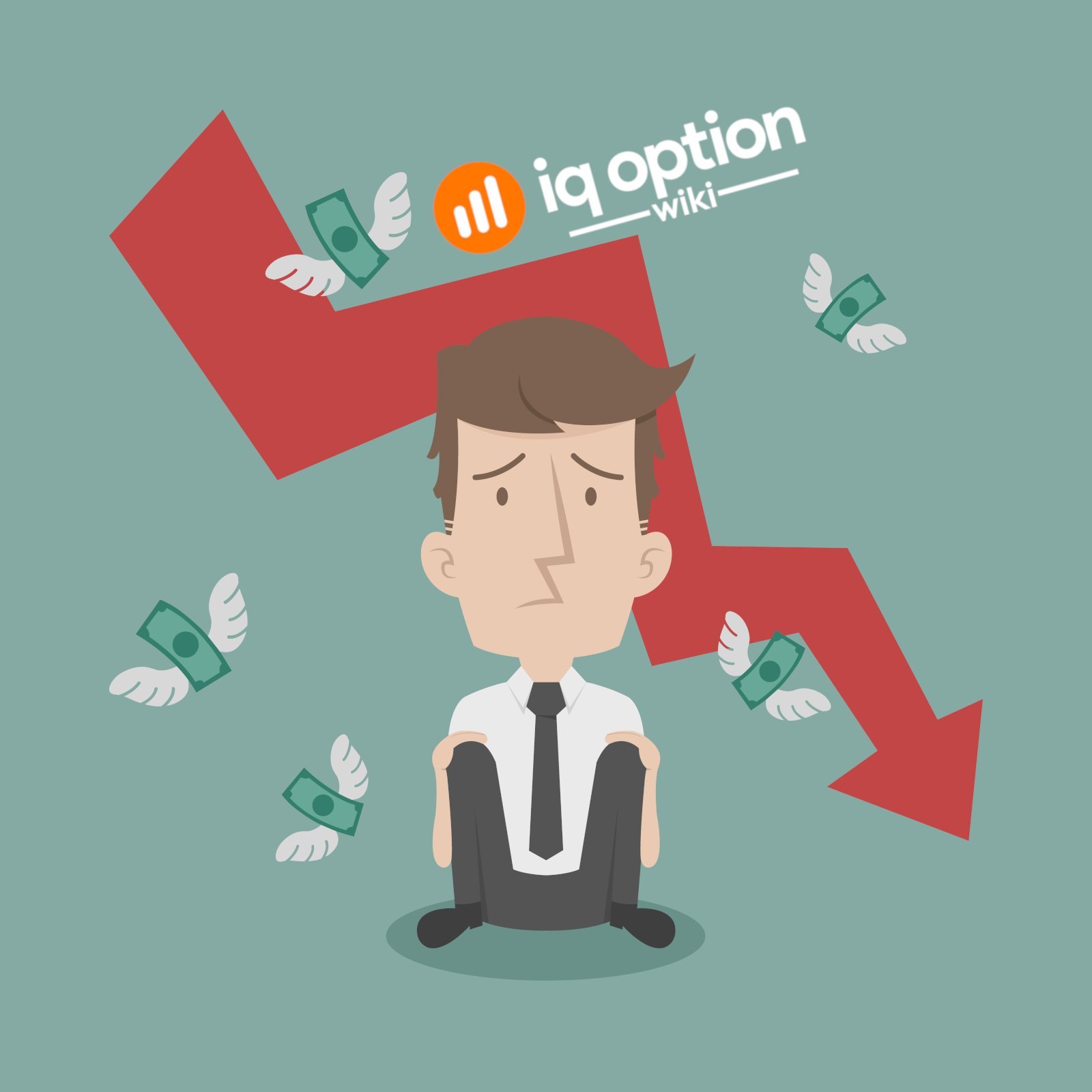 Don't get me wrong though, most people, including you and me, probably find losing unpleasant. But remember, while it's not enjoyable to lose money when trading, in the end, you will learn more from taking a loss than from winning a trade.

The important thing when you lose money is to learn from the experience and not do the same thing again. You get an education for that lost money and you come out a little smarter in the future. Believe me, once you learn how to change your mindset towards losing, you'll find that there's actually a lot to be gained from it.

For one, losing now can help you avoid a much larger future loss. You can adjust your strategy and find one that will actually match your personality.

In my case, when I was still a beginner trader, I found an online course that was teaching scalping.

They claimed to have a high success rate, so I decided to try adopting their approach. After a couple of weeks, I was down by 20% in my account. It didn't matter if the other people who apparently did the same course saw an increase in theirs. What mattered was that the strategy, which was apparently high-success, didn't fit my personality.

Why didn't it fit? Well, scalping is a fast-paced trading style. Even if their exact trading strategy worked, I wasn't good at monitoring the price action very closely, nor was I fine with sitting all day in front of the screen. Because of this mismatch, I ended up losing a lot of money.

My advice for beginner traders is to find a strategy that matches your own personality. How much risk can you tolerate? Are you alright with trading the whole day? What time frame is suitable for you? Are you a day trader? A swing trader? A position trader? A scalper? Do you prefer doing technical analysis or fundamental analysis?

By answering all these questions, you'll learn more about yourself and avoid losing in the future.

These lessons would've been all worthless if I didn't learn how to preserve my capital.

In fact, I daresay that preserving your capital is the most important tip that I could give to beginner traders, after battling loss after loss after loss in my 10 years of trading forex.

In the beginning, my goal was only to gain huge profits in the shortest amount of time possible. So I would take big risks, hoping to get big returns. Obviously, that didn't always happen. I lost more than I earned, simply because I wasn't being careful enough.

After a while, I learned that the better strategy would be to focus on preserving my capital rather than winning huge profits. When I finally took on this mindset, I noticed a vast improvement in my trading results. I soon learned that successful traders concentrated their efforts on how much money they could lose before thinking about how much money they could win. The key to making money over the long term is to simply learn how to stay in the game.

In other words, you need to preserve your capital so that you can stay in the game long enough to reap the rewards.

When I started trading, I had a gambler's mentality, and I suspect a lot of you beginner traders have this mentality too. I focused almost entirely on how much money I could win, with almost no regard for losses. That's why I lost so much.

When you start trading, you shouldn't be asking yourself when you'll be profitable. You should ask yourself how you can trade while preserving your capital and what you should do to stay in the game one week, one month, one year, or one decade from now.

In short, you have to protect your capital while gaining market experience. Once you start gaining more and more experience, you'll have more chances of winning your trades. Just don't lose money, and you'll already be ahead of 90 percent of traders.

And those are the most important trading lessons I've learned in the past 10 years! During my trading journey, I've had lots of ups and downs. I still lose trades until now, and I still have doubts. But I'm continuously improving in my craft and I love what I do every single day. And I hope all of you beginner traders will, too!

This guide is written to help traders use divergences in order to find the best entry points. After … END_OF_DOCUMENT_TOKEN_TO_BE_REPLACED

What are options? An option is a contract that gives you the right to buy or sell an asset at a … END_OF_DOCUMENT_TOKEN_TO_BE_REPLACED