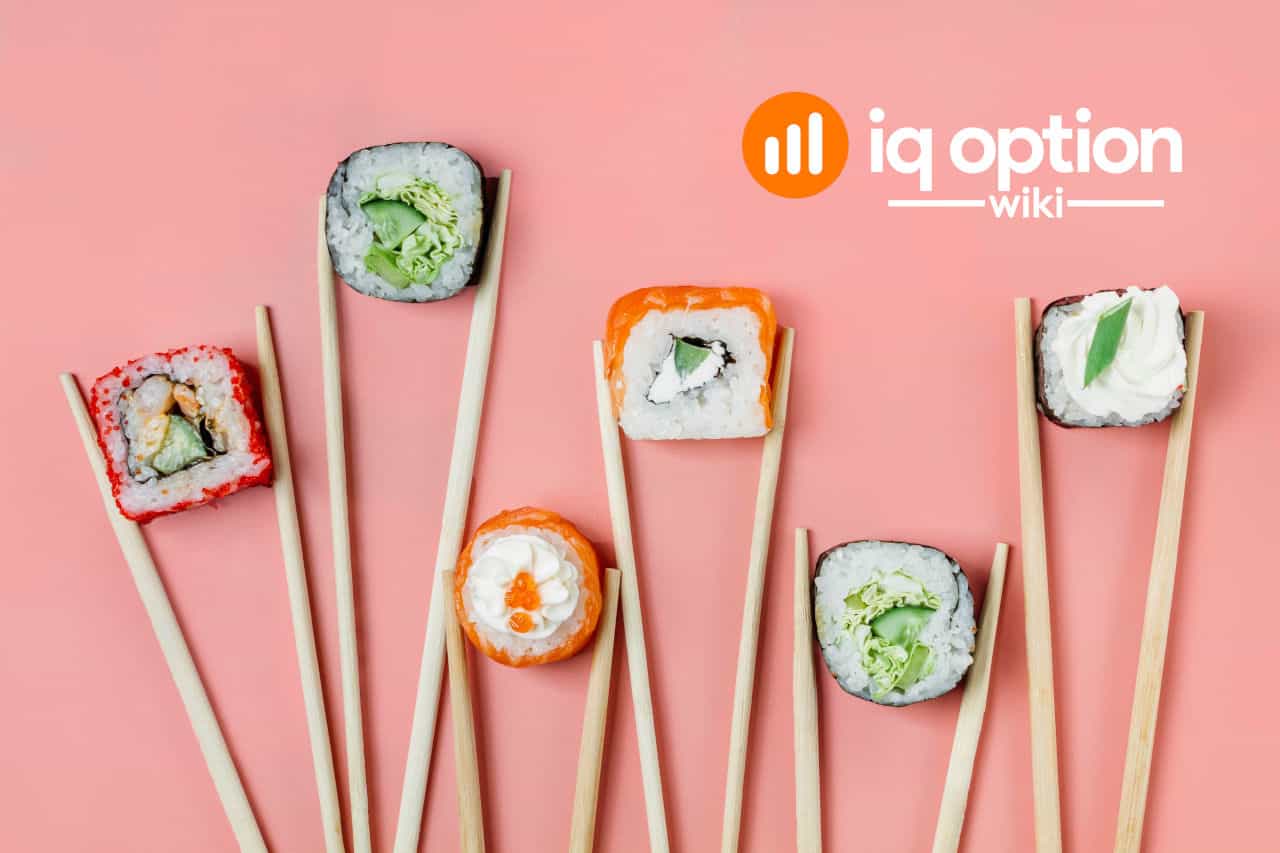 The Sushi Roll reversal pattern is the one that can help you trade trend reversals. Traders open and close transactions for the price changes. The most important task is to catch the right moment. To do this, they use various market analysis techniques. Candlestick and chart patterns are the ones commonly used.

Introduction to the Sushi Roll reversal pattern on IQ Option

A method known as the Sushi Roll reversal pattern was invented by Mark Fisher. It shows a general sentiment in the market. It provides information about the upcoming change in the price direction quite early.

Sushi on the price chart

We can distinguish between bullish and bearish Sushi Roll.

A bullish Sushi Roll reversal pattern should be searched for when there is a downtrend in the market. The first five candles in the formation tend to demonstrate a sideways motion. They shall lie in the range between the low and high of the following five candles. You will most likely see more green candles in the second half of the formation, but not all candles have to be green for the pattern to be valid.

A bearish Sushi Roll can be found during the uptrend. Again, the first five bars reveal a sideways movement. The next five engulf them entirely and although most of them will be red, it is not the rule that all must be in one colour.

How to trade the Sushi Roll reversal pattern?

This is a reversal pattern so when you notice it, you can expect the price will change direction. On the basis of this piece of information, you can either enter the market or exit your existing position.

Let's take a look at the exemplary chart below. There was a downtrend in the market. Then, a bullish Sushi Roll pattern developed. Be ready to go long. You can enter when the candle closes over the highest point in the pattern or, in the more aggressive approach, even before the candle closes.

Many different patterns can be recognised on the price chart. The Sushi Roll reversal pattern is likely to be found on any timeframe. It shows a general market sentiment and informs quite early about the shift in the trend direction.

You will take 10 candles into account when identifying the Sushi Roll pattern. The first five does not show big fluctuations and the next five should engulf in their range the first five. Utilize the pattern to open or close your transactions.

The Sushi Roll pattern will not be found often but it gives pretty good results even on its own. Nevertheless, it is always a good idea to confirm trading signals with some alternative methods. You can, for example, add a moving average to the chart to get a more complex view of the market. The pattern can be a good base for reversal trading strategy.

Remember that IQ Option has a free demo account in its offer where you can practice new techniques in a risk-free environment. Go there and see if you are able to spot the Sushi Roll on the trading chart.