One of the main ways to sustain profitable options trading is money management. Today we will talk about the Binary Options Martingale Strategy which is one of the methods to maximise profits.

You'll want to minimize losses and increase your winning trades. This way, winners will offset the losing trades and leave you with some profit.

But when you incur a loss, adjusting your trading to reflect the remaining capital is vital to long term trading. Common sense dictates that you lower the amount you place on trades following a loss. But one strategy advises the opposite. This is the Martingale strategy.

How does the Binary Options Martingale Strategy work? 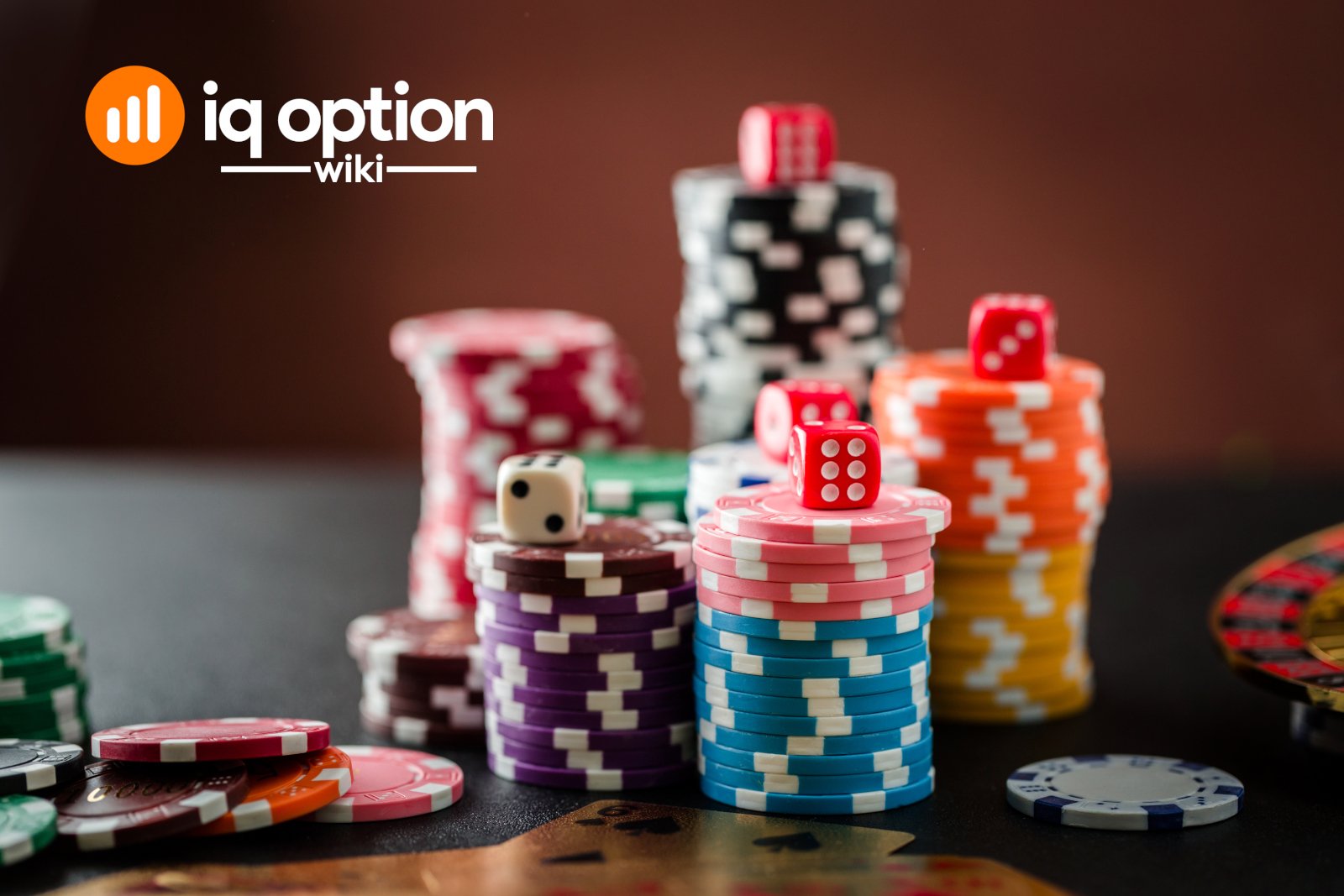 How does the Martingale Strategy work? What's the point of increasing your stake even after losing? Martingale practitioners argue that if you eventually hit a winning trade, it will be able to offset the losses incurred in previous trades.

See Martingale evangelists view options trading like betting. Each trade has a 50/50 chance of winning or losing. In addition, there's no way that you can have an infinite losing streak. More so, the probability of losing decreases with the number of trades you make.

Can Martingale be practically applied to options trading?

If you view the Martingale strategy from a probabilistic standpoint it can work in options trading. Every trade has a 50/50 chance of winning or losing. In addition, it's unlikely to lose many consecutive trades. 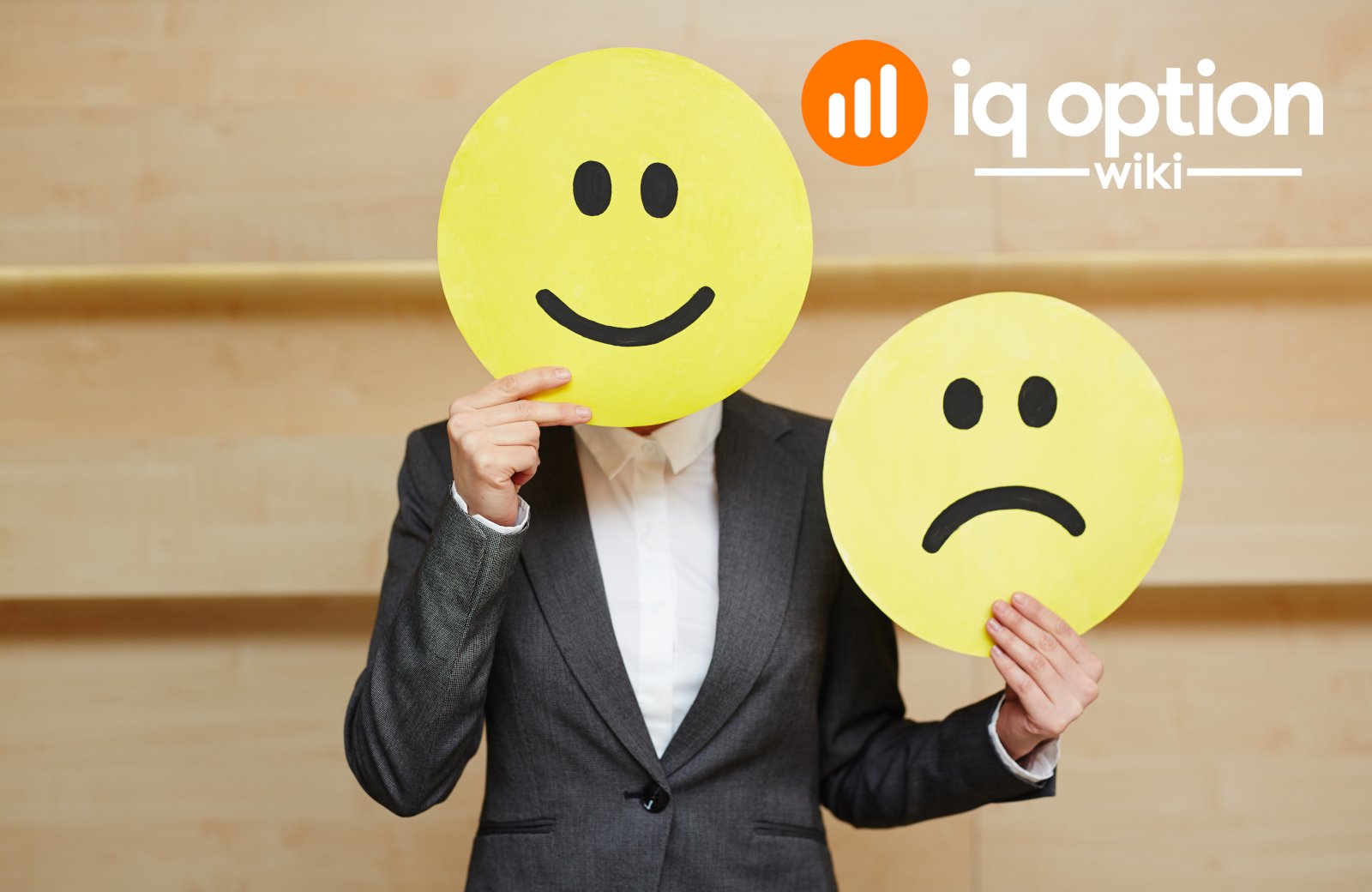 Every trade has 50/50 chance of winning or losing On the other hand, if you view this strategy from a psychological standpoint it's probably the worst money management strategy for an options trader.

No one wants to lose money. And while a trader might be comfortable losing small amounts in the first few trades, fear might set in when the losses accumulate.

Conversely, winning the first few trades might motivate the trader. However, a single huge loss in subsequent trades could wipe out all profits generated by the small winners.

Is the martingale strategy profitable?

For the Martingale strategy to work, you'll need huge amounts of capital at your disposal. Even then, you're counting on the winning trades to offset the losses. You might have winning trades at the onset.

But one losing trade in the future might take out a huge chunk off your account. On the other hand, a winning trade might offset the losses incurred in earlier trades. However, whatever profit is left might be too small to justify your huge investment in that one single trade.

There's no guarantee that you'll eventually hit a winning trade

Although Martingale advocates argue that there's no chance of getting an infinite number of losing trades, it's still possible to make so many losses that your account is totally depleted.

Without hitting a winning trade. Even if you get a winning trade, it might not be enough to offset previous losses meaning your account will have incurred a loss. Over time, you might find that your account is slowly being depleted until it's wiped out.

Your first objective as a trader is to safeguard your money 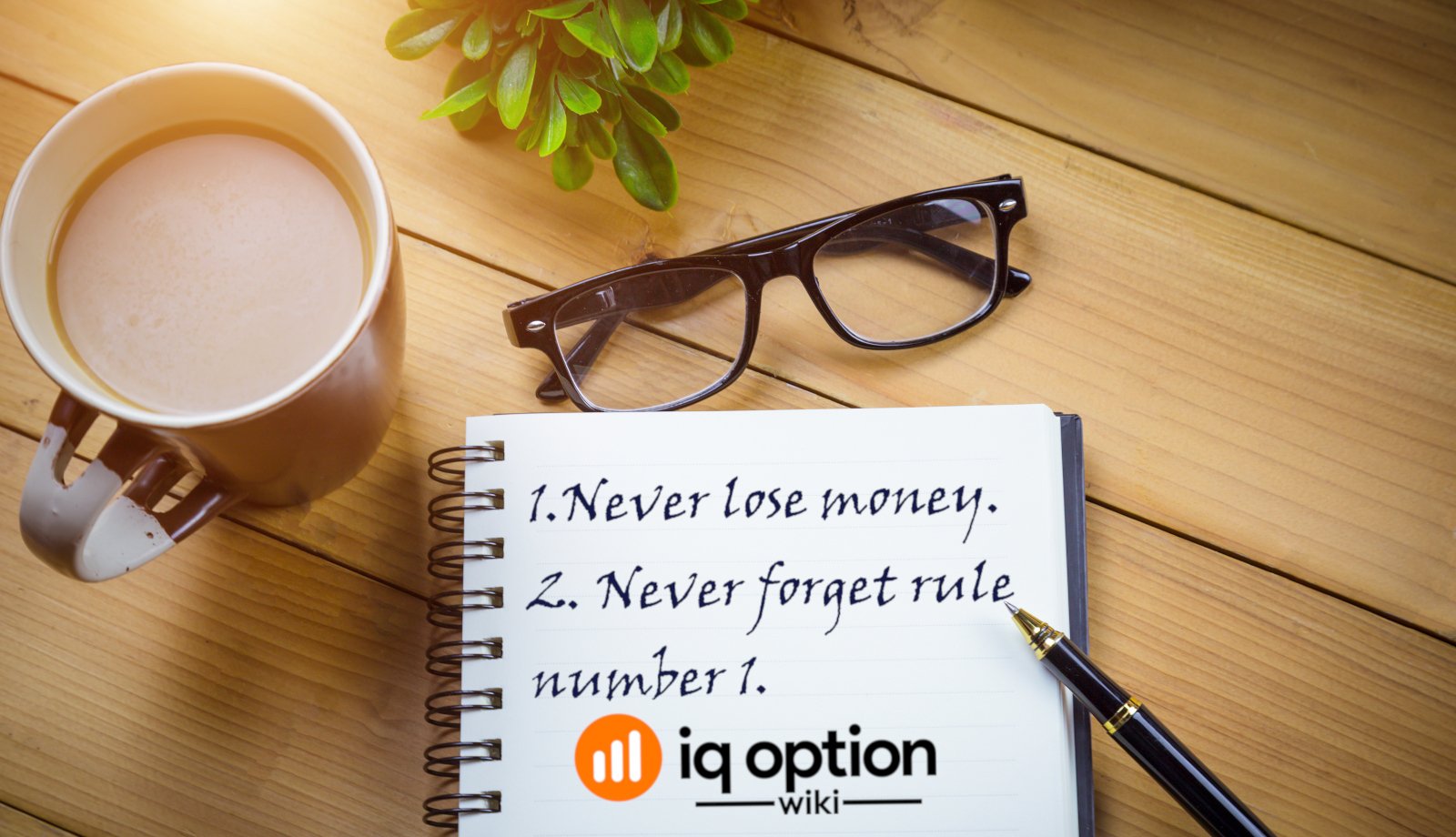 Your first objective as a trader is safeguarding your money As an options trader, you're using your own money to make money. Your goal isn't to lose money.

Many successful traders agree that in order to make money, you must first safeguard whatever money you have. The binary options martingale strategy on the other hand advises you to bet a good chunk of your money hoping you'll eventually make money.

How do you use the martingale strategy?

Suppose, you've identified a downtrend and decided to use the binary options martingale strategy. Each candle represents a 5 minute time interval. You decide to enter 2-minute sell trades.

Your strategy could involve placing sell trades for 3 consecutive bearish candles and then observing if they produce winning trades or not. If they all make money, you can continue increasing your trading amount on 3 more sell trades. 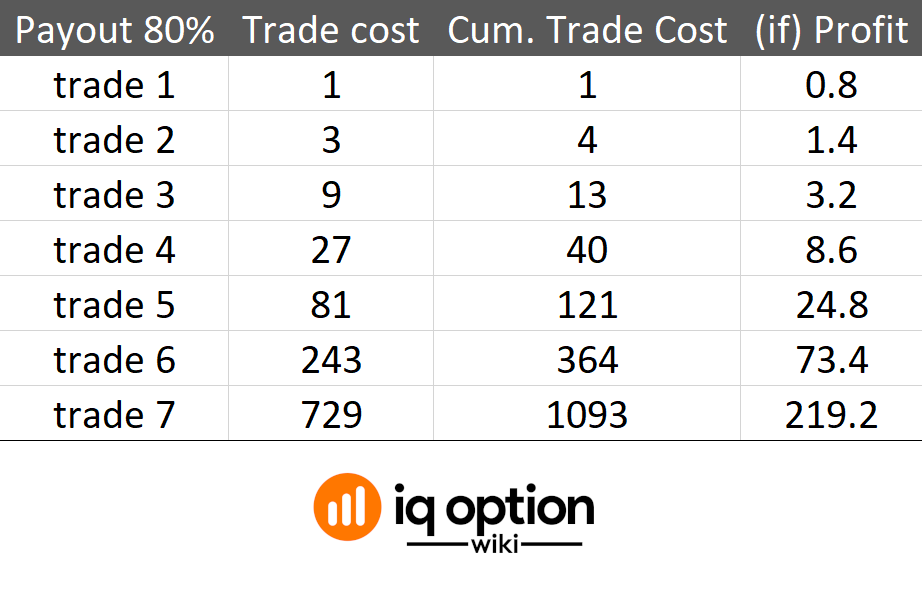 Martingale strategy In theory, the strategy might work. However, you cannot predict how the market will be in the future. The trend might suddenly reverse in response to an event or news story.

A single change in the markets might mean you'll lose all the money you invested in one trade. Overall, the Martingale strategy carries an enormous risk when applied to options trading.

Does martingale strategy work in trading?

Applying the binary options martingale strategy in your IQ Options account is by no means impossible. However, rather than blindly risk larger amounts of money on each trade, you can adopt a simple trading system. It goes like this.

Have a set amount you'll trade for a specific cycle

This can be broken down into $50 for the first trade, $70 for the second and $80 for the third. Note that the $200 is a fraction of your total account balance. In addition, you'll only trade this amount until it's depleted. 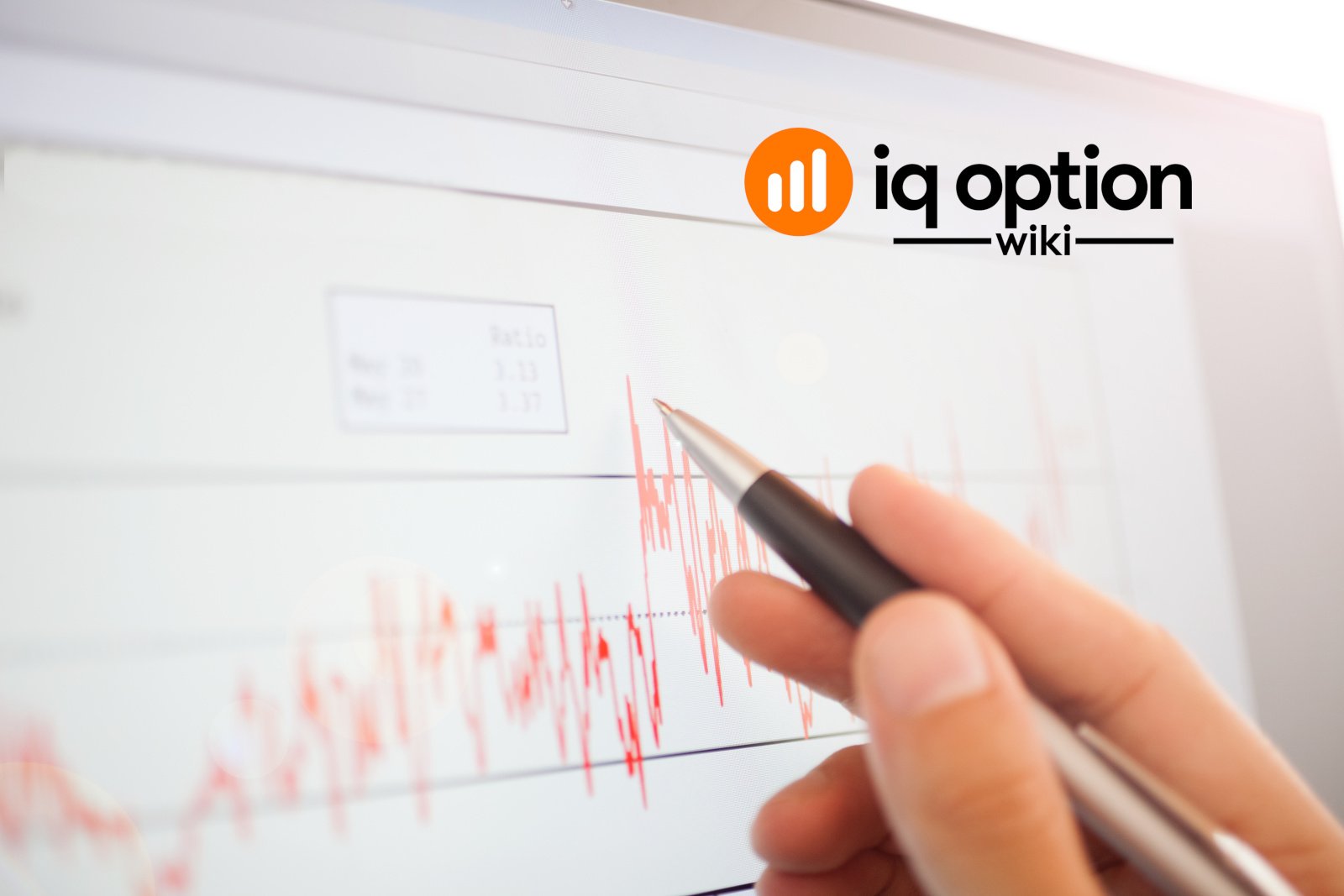 Set a maximum amount to trade in a single cycle If you're wondering what I mean by the term cycle, it's a set time frame. For example, in a downtrend, you can decide to trade three bearish candles along with the trend.

One common feature of cycles is that when the price enters a cycle, the probability of the trend reversing is high. However, you don't know when exactly this will happen. So your objective is to ride the cycle and make as much profit as possible before the trend finally reverses.

For example, if the price reaches the support or resistance level, you expect it to the range, reverse or breakthrough. You just don't know when. But since you've identified the resistance/support level, you can use the Martingale system to test the direction of the markets.

The small amounts invested might result in losing trades. But by the time you're investing larger amounts, you'll have determined the market direction.

You can use the Martingale system for longer trades

If you prefer remaining in position longer, the binary options martingale strategy can prove useful. You can decide to enter 3 different trades; in the morning, afternoon and evening.

Using Martingale for longer positions The morning trade will essentially be used to test the markets and therefore need a smaller amount.

The afternoon trade is used to confirm the market's trend. If both win, you can enter the evening trade in the same way as you did the morning and afternoon trades.

This strategy has several advantages. One is that you have more time to analyze the markets based on the success of your trades. Second, it allows you to test the market direction using small amounts. This way, your chances of making a winning trade are increased.

In addition, flexibility is needed when applying this strategy or else you might end up losing all your money on a single trade.